A message from the founder: David Gendron

VALIS International began in 1995 as a seed inside my head. The idea was to start a business selling something online (anything light enough to ship cheaply was the idea at the time). 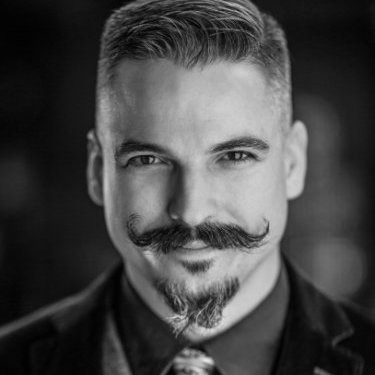 As a Canadian it made very little sense to sell items domestically as the shipping charges were prohibitive along with the market size (big country, few people). The USA market was nearby, 10 times the size, and they love to buy things (true capitalists) so I decided to sell stuff to Americans (hey, it's a little more specific than something to someone ;-)). With that in mind I began contacting first local Canadian banks (no luck for credit card processing in Canadian or US dollars), then American banks (the US$ were they key anyway -- would you rather buy something for $10 (USA) or $15 (CAD), USA just looks cheaper). The American banks knew someone that could probably help me. Even they weren't into e-commerce yet and on top of that they have a tendency to outsource everything they can anyway. So I finally had a contact for some merchant services so I could accept credit cards online. OOPS, it just isn't that easy, especially in 1995 (this was before Amazon, Yahoo was run from a college students dorm). First I had to convince them that accepting credit card online wasn't CRAZY, once we got over that, we actually made some progress. It was then I learned I'd need a business US bank account. So I got my Canadian bank to setup an account with their branch in the USA for my Canadian Corporation (this would be Jan, 1996 now). Well that didn't quite work for them. What they meant to say was: You need a US Company. I could live with that, so I setup a Delaware Corp and found a registered agent to take care of it, then went back to the Merchant Account Provider (MAP). Wait, they weren't quite there yet (this was something completely new to them too). The US Corp needed a bank account. So I went to the USA to open an account at the US Bank in Lynden, WA, only to learn that I needed an Employer Identification Number (EIN) from the IRS to get the bank account. So off I went to figure out how the hell to get an EIN from the IRS. I found out and finally arranged for one for VALIS Group Inc. (Delaware). Back to the USA I went, and voila, I now had a US Corporate checking account. So at this point I called the MAP back only to learn that I had to have a US address, so back to Lynden, WA I went to get an address at a mail drop. Once again I called the MAP -- and a few others at his point it was now 1997-- (I maybe should explain that with each call to the MAP there was an incredible delay involved in getting the information as it was new to them, the processor and the banks, so each time I talked to them they had to talk to someone that had to talk to someone else, etc until they figured out if I could have the Merchant Account or needed something else to qualify), only to learn that an inspector would come to my shop to inspect the place and give his ok to the bank (ouch). So back to Lynden, WA I went to find an office. So now I had a US office, US Corp, EIN, US Corporate Bank Account, and an inspector coming to visit... I survived the visit and was granted the merchant account. So now I had to find a way to process transaction online in real time so I found PC Charge. Now I was off to the races.

So after all that, you'd think I would have started Amazon, well no, unfortunately not. What I did decide was that if I had that much trouble and I live an hour from the USA, then it would be even harder for others that don't live near the USA to succeed so I should start a service company that would spare people the incredible 1.5 year hassle that I went through. So back to the USA I went to talk to the bank where I convinced them to allow me to open accounts for VALIS' clientele (I had to do it in person). So VALIS International was born!

As Time Went By

I worked at it in my spare time while working at another full time job, working every night talking to people via email mainly and hiring someone else to go to the bank every week to open the accounts in person. VALIS was the first company of it's kind, but others sprang up in the coming years, it was amazing how many just copied the site verbatim... then disappeared. I must admit VALIS' was a little ahead of it's time, the Internet Sales bug didn't catch on Internationally until a few years later.

Things got easier for a while, then through various bank mergers and closings we had to change banks 3 times in 2 years. Then everything seemed to be ok again for too brief a period... Sept 11, 2001 happened. Everyone got nervous. Things have been picking up since then but The Patriot Act has cut down most of VALIS' competitors, with more to fall in the coming days as it gets continually interpreted.

Life and Business have changed a lot since the beginning. VALIS has honed it's skills at setting up US Business presences for International companies. We've stayed on top of the banking and have many choices for our clients, and we're happy to help you with this still. Having launched our new website, fully backwards compatible for affiliates, we are very excited about:

The future is bright! Being a client, affiliate, Rep, reseller, and VALIS will all be greatly improved with the programming upgrade we are finishing off now.

I look forward to working with all of you in the global economy. Cheers!

BTW, the company is named after my favorite book: VALIS, by Philip K. Dick -- V.A.L.I.S. was a satellite that beamed helpful information to people.